Seven Attributes of A Successful Reporter

The most important attribute is being quick and not giving up if you can’t find a source. I also think it’s imperative to be able to focus on many things at once. It’s hard for me to choose which I think are the most important because I believe that they are all important, but balancing with a quick turnover is essential to be a good journalist.

“Television reporters often seem to forget standard journalistic practices during those seconds when their faces, as well as their voices, are on the air. It’s then that attribution sometimes disappears.” said Steve Taylor, a freelance writer in Washington, D.C.

No attribution means that the reporter is not saying the source directly but quoting them.

A reporter’s standup must be necessary, be true, and not opinion-based. The reason why that is dangerous is that it creates distrust. If the network’s viewers regularly see opinion-based standups or standups with no attribution, they will be swayed by how they perceive the station’s integrity.

Getting it backward means recording a standup that doesn’t go with what you are reporting on a showing. This can happen by creating your standup before you go to the story’s scene, an event changing, or something more dramatic taking place while you’re reporting. I can see how it could be easy to get it backward and decide not to use a specific clip that would help your viewer know that your standup was not opinionated. To make sure that I don’t get my standups backward, I will make sure that my standup is factual, adds to the story, and that my SOT’S can back it up.

I think that no attribution is worse. When you record a clearly opinionated standup that can possibly have no factual elements to it, I think that’s more dangerous and hard to explain away while getting it backward; you can still prove that your standup is relevant to the story. It might not be the perfect standup, but it still is factual.

What does attribution precedes assertion mean?

Attributing your work is better than merely confidently saying information the quickest. Rushing to be first and focusing on immediacy can make you a less credible journalist if you are proved wrong time and time again.

Robin Turner, Director of Editorial Diversity Initiatives at POLITICO, spoke virtually to my Interactive Editing Class on Thursday, Sept 24. Mrs. Turner shared an abundance of knowledge that can be applied to both journalism interns and recently graduated journalists. I have always wondered when it is appropriate to try and stand out after doing your assigned tasks, when to volunteer to work with another team or when to ask for more work. Mrs. Turner answered all my questions and more, from how to properly reply to emails to how to navigate virtual internships during COVID-19. Below is some of the invaluable information she shared.

How to be the best Intern

During my virtual Internship, I plan to apply all those tips above. I will be newsgathering for the CNN International News Desk in Atlanta. I plan to network during my Internship, and I want to stand out as a great intern. Thanks to Mrs. Robin, I now know when it is appropriate to do so.

Measurable: I currently intern at CNNI and plan to apply for a job at CNN. I also plan to apply to many different jobs at different stations. I will begin applying to jobs in a week.  I have also been saving up.

Achievable: By continuously working hard in my field, applying for as many opportunities as possible, and maintaining connections, I will achieve my goal.

Relevant: This is important to me because I plan to be a reporter that works at a top news station, and I want to learn as much as I can while working in that setting.

Time-Bound: I want to achieve this goal by October 2021.

Measurable:  To achieve my goal, I will work hard as a reporter and go above and beyond with my stories.

Achievable:  By working hard in my field and establishing myself as a journalist, I will achieve my goal.

Time-Bound: I want to achieve this goal by October 2025. 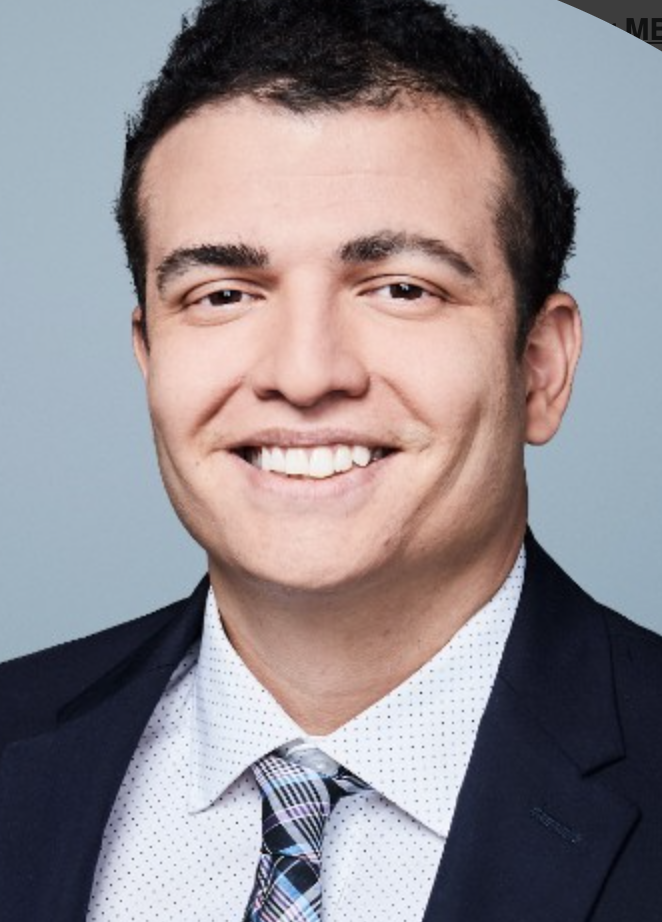 Sharif Paget, an International News Desk Producer at CNN, is an essential part of CNN’s news production process. Six months ago, he began working at CNN, and he loves it. “I love the field tremendously. The people I work with are smart and interesting, and it’s nice to have a front-row seat to the world’s affairs,” he told me during an interview on Oct. 21.

Shariff moved to Egypt after the Arab Spring and worked in the Sinai and Cairo. He appreciates diversity and knowing multiple languages to connect and tell the stories of others. “I used my Arabic to break the news and tell arts and culture stories.” he wrote on his LinkedIn profile.

After using his language skills to report in Egypt, he decided to return to school to improve his journalism skills. “Shortly after, I went to journalism school to hone my reporting and develop a new skill and interest—business journalism—so I can add the money angle, an important but often neglected element, to any story,” he said.

The journalism field was a fresh start for Paget. “Before journalism, I produced and promoted content for the Museum of Arts and Design and worked in programming for United States Radio Network,” he stated. Paget believes in the importance of learning new skills in a business world that is continually changing, “Telling global stories is challenging, but incredibly rewarding.” he said. “The business is constantly evolving, and my skill set must evolve with it.”

Paget is not only cultured, but his educational experience is also varied. His education ranges from specializations in math to liberal arts. “I got my BA from St. John’s College, a liberal arts school in New Mexico, where I majored in the History of Mathematics and Science and minored in languages and music.”

He later returned to college in hopes to later pursue a career in journalism, which he soon did.

“Nearly a decade after graduating, I returned to school, this time to get my MA in journalism from the Newmark School of Journalism, where I specialized in business and data reporting. ”

Paget Reported in Cairo for months where he worked as a freelance reporter. There he learned many skills working directly in the field and hearing people stories.

Not only did Paget freelance at the beginning of his journalism career, but he created valuable pieces of journalism that went on to get him published into top publications. “I freelanced during my time in Journalism school and got pieces published with the BBC, City Limits, and The Daily Beast.”

Paget ventured into many newsrooms where he got to use his skills and practice impactful reporting “I was also a fellow with VICE News Tonight on HBO, where I helped produce and research segments on the environment and climate.”

Fast- forward to the present, Shariff Paget works at CNN International and is the first step in gathering the news. “I now work on CNN’s International newsgathering desk and help produce live shots and segments for our shows and digital teams. I work closely with our reporters in the field to help chase news lines and cover breaking news. “

“The Audacity of Hope” Book Report

“The Audacity of Hope” is written as an autobiography but also as a policy analysis. He speaks of his childhood and how that shaped him into who he is now and his beliefs. He is of mixed heritage and has lived in various locations, which have created his ideas, values, and beliefs. His main message is that America has the potential for so much more that we have already accomplished, but change must occur. He believe s that anyone, regardless of their background or experiences, should be allowed the same opportunities that exist for everyone.

In the first chapter, Obama explains he believes that to begin to win back the trust and admiration of the American people, his Democratic colleagues need to focus and work together with Republicans and not against them. He believes that we need to be more united as a country, and we can be although we have different views.

Chapter 2: In the second chapter, Obama says that in this day and age it is very hard for politicians to stay true to themselves and their values. He wants a political sphere in which values, ideas, and action matters. Obama claims that a successful political system demands Democrats and Republicans to collaborate.

Chapter 3: Our ConstitutionIn Chapter three, He elaborates on his thoughts on the Constitution. He says he recognizes the importance of setting the laws and the Constitution’s historical significance. Still, he believes that it is a document that needs to be updated as the times change.

Chapter 4: In Chapter four, Obama asserts that “political candidates should not vow their loyalty to any special interest group.” and that they should “instead pledge to carefully consider each issue and proposed bill as it arises, on an individual, case-by-case basis.”

Chapter 5: This Chapter discusses opportunity. Obama states that the economic and education failures of the oppressed have affected the education of these communities.

Chapter 6: Obama believes in the separation of church and state and that the debate over the words “under God” in the Pledge of Allegiance is somewhat ridiculous.

Chapter 7: To end racism and bias. Obama urges those who contact racism to call the person out and reply with clear disapproval. He believes that open communication is the only way to end discrimination and bias. He also calls for people of color to not see themselves as victims and understand all their potential.

Chapter 8: The World Beyond our BordersIn the final chapter, Obama discusses “The World Beyond Our Borders,” Obama believes that the United States’ military strategy is not up to date with world affairs.